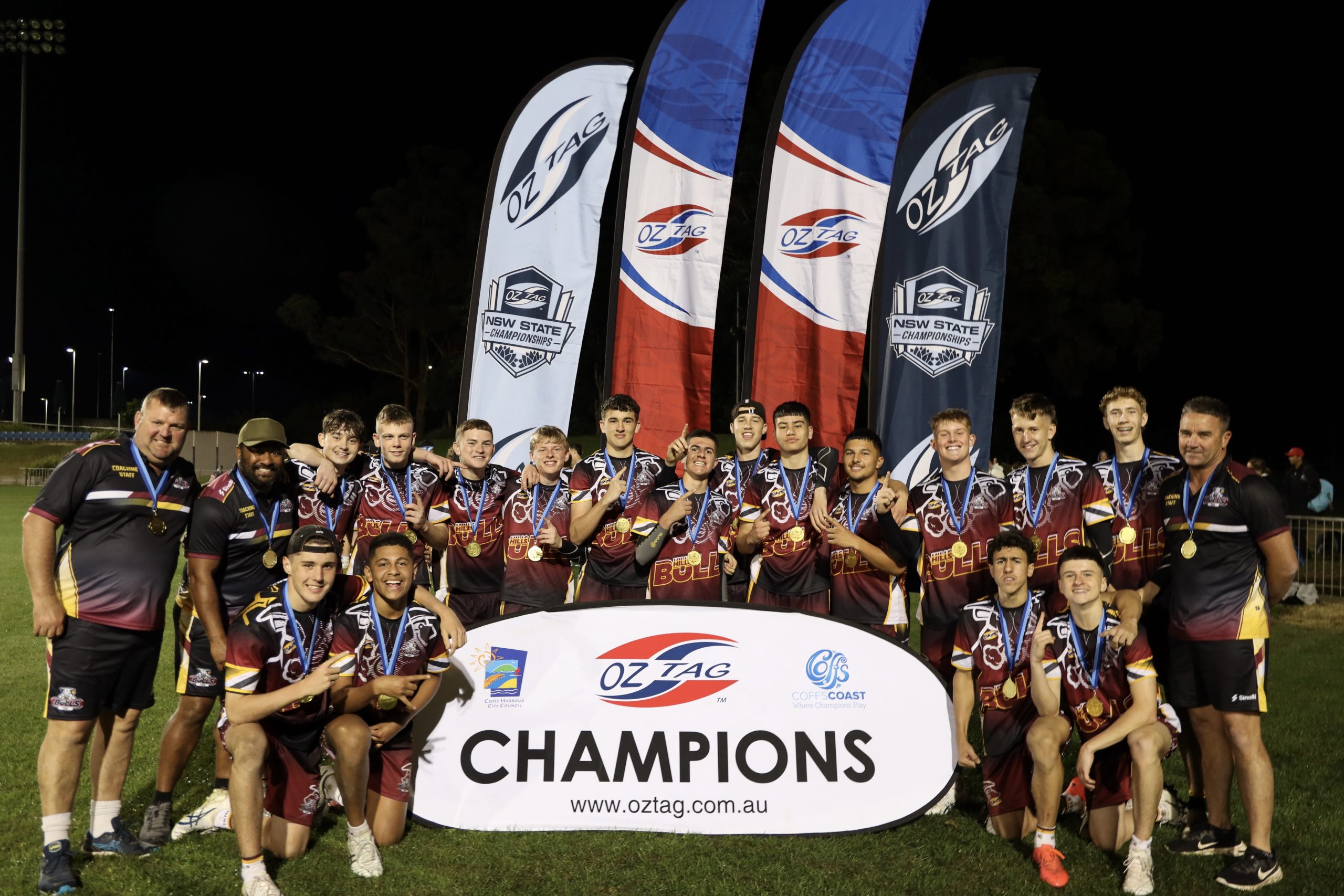 The first of the 2022 NSW Junior State Cup Champions were crowned on Thursday, following an action-packed two days of Oztag in Coffs Harbour.

The Under 13’s through to 17’s wrapped up their Junior State Cup competition on Thursday 2 June, and despite the added pressure of qualifying for Finals, games were taken to a new level of brilliance.

Spectators crowded the sidelines at both C.ex Stadium and Geoff King Oval, as the importance of a win grew larger.

The atmosphere during Finals was heightened as teams proved adamant to leave nothing behind – resulting in tight qualifiers and exhilarating extra time drop offs.

Being their last year in Juniors, the emotion and intensity among the Under 17s divisions was unmatched.

The Under 17s Boys Grand Final between Souths and Central Coast came down to the wire, finishing in a one-point difference that favoured Central Coast.

The nail-biter that was the Under 17’s Girls Grand Final between Central Coast and Wollongong, finished in a 2-2 draw – sending them into extra time. Drop off went back and forth, before Central Coast secured the victory with a break down the sideline.

Heading into day three of the tournament, Central Coast are current frontrunners for Club Champions (71 points), while Baulkham Hills trail in second (54 points).

Below are the results for the Under 13’s through to 17’s Grand Finals. Congratulations to all Champions.

Australian Oztag (AO) look forward to welcoming the 9’s, 10’s, 11’s and 12’s today, as they too, compete for the Junior State Champions title.