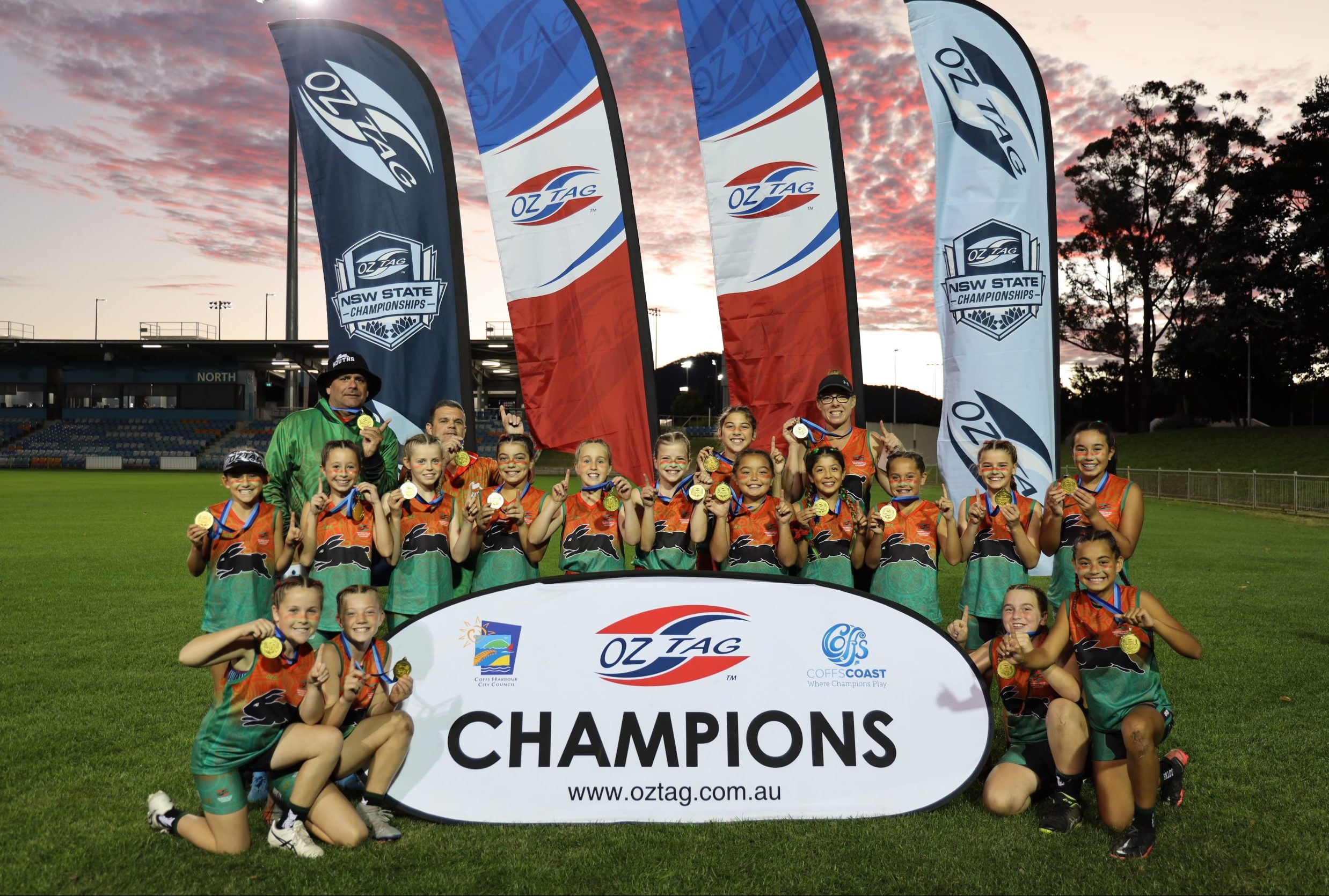 The last of the 2022 NSW Junior State Cup Champions were crowned on Sunday, following a successful four days of Oztag in Coffs Harbour.

Over the course of the weekend, NSW Oztag welcomed 124 teams to Coffs, which saw over 2000 players and 6000 spectators crowd the fields of C.ex Stadium.

Welcomed with nothing but sunshine, the Under 9’s through to 12’s arrived on Sunday, eager and determined to take on their remaining round games and Finals.

As teams itched closer to that gold medal, the standard of Oztag undoubtedly heightened. There were numerous qualifiers that resulted in a one-point difference and three grand finals that headed into thrilling extra time drop offs.

At the conclusion of the tournament – on 103 points – it was Central Coast who claimed the 2022 Junior Club Champions title, with 14 teams qualifying for Semi Finals and five taking home gold.

The race for second was tight, with Souths finishing on 81 points, and Baulkham Hills coming in third on 80.

Below are the Grand Final results for each division. Congratulations to all 2021 Junior State Champions.

NSW Oztag would like to thank everyone for making the 2022 Junior State Championships an enjoyable tournament for all involved.