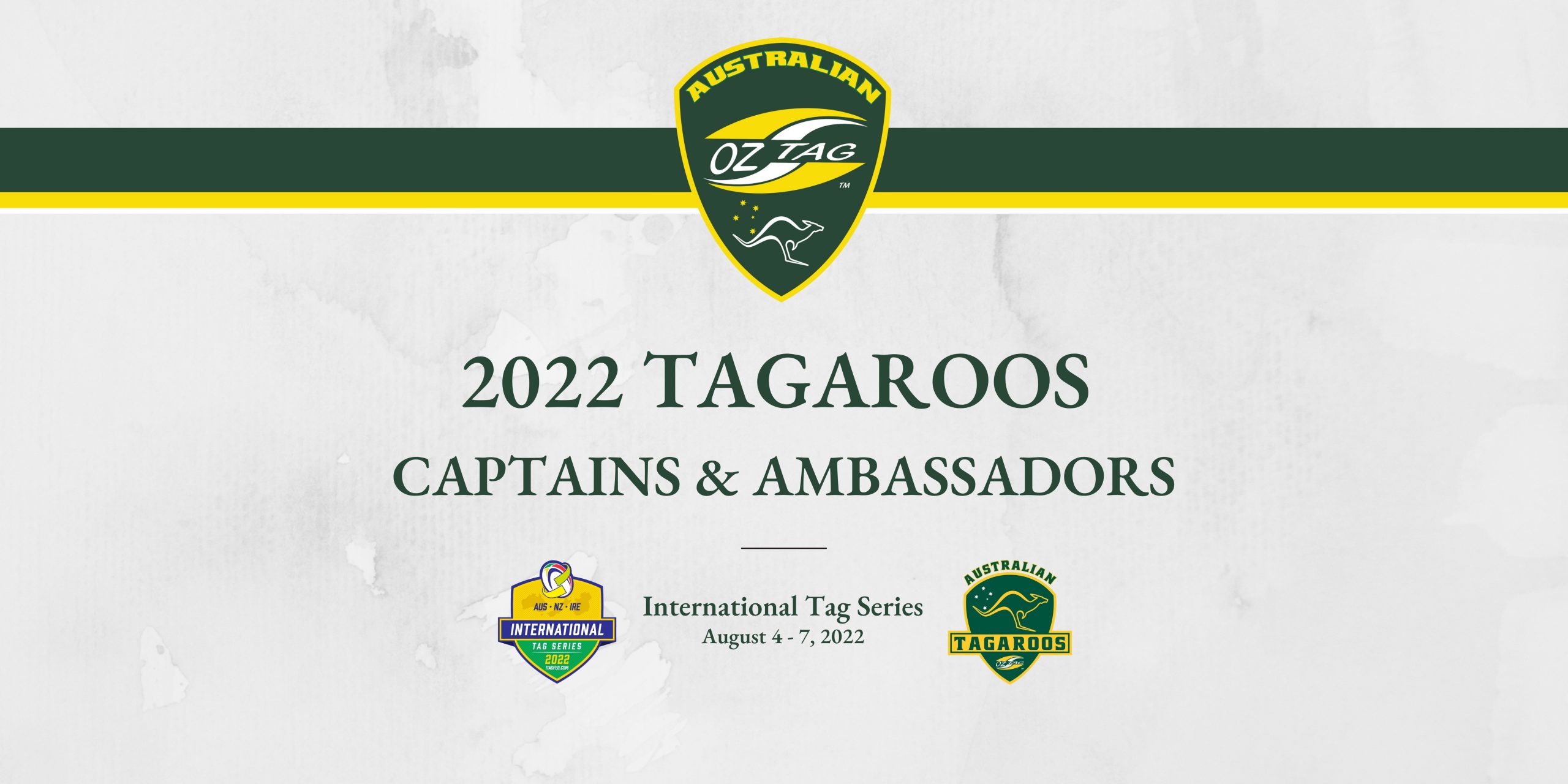 Australian Oztag are pleased to announce the 2022 Tagaroos Captains and Ambassadors for the upcoming International Tag Series in August.

In two weeks’ time, players from around the country will be getting ready to take the field and represent their heritage at the 2022 International Tag Series (ITS) in Coffs Harbour.

Australian Oztag (AO) have today announced the Tagaroos Captains, Vice Captains and Ambassadors for the upcoming ITS tournament – set to be played from August 5-7, 2022.

This achievement is one of prestige and we sincerely congratulate the following Australian Representatives on their appointment.

AO National Director of Coaching and Development, Michael Buettner emphasised the merit behind this accolade and has no doubt that those selected will lead Australia with pride.

“Anytime you get to represent your country is a huge honour, but to be selected as a captain or ambassador really heightens the entire experience,” Buettner said.

“Having spoken to each and every one of these deserving individuals, they were truly humbled by the chance to lead the Tagaroos squad at the upcoming ITS tournament,” he said.

And the 2022 Captains, Justin Brown and Renee Fleming were exactly that – humbled by the opportunity.

“I’m very honoured and proud to be named captain, to represent your country at any sport is a huge honour – especially Oztag which has been such a massive part of my life both in sporting and social environments,” Brown said.

“It’s an absolute honour to be named captain and honestly came as a huge surprise to me… To be recognised in such an amazing way means a lot in the sport I love,” Fleming said.

The upcoming ITS tournament will mark the return of international competition after a long three years, due to COVID and subsequent travel restrictions.

Hence, in addition to leading their country, the pair are both looking forward to the elite nature of the tournament.

“I’m looking forward to competing and wearing the green and gold again, which I’ve always been proud to do,” Brown said.

“I can’t wait to compete at the highest level again and playing alongside friends I’ve made through the sport,” Fleming said.