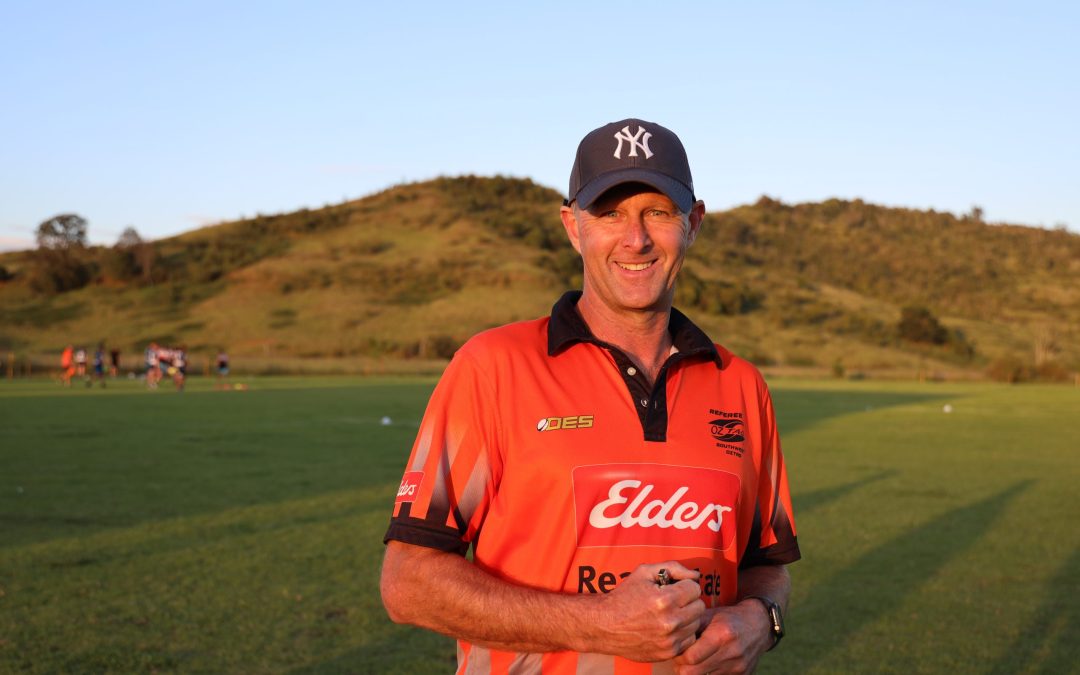 Around the Grounds: Paul Peel

NSW Oztag paid a visit to Southwest Oztag last week and had the pleasure of chatting to License holder and Hall of Fame inductee, Paul Peel.

The Picton local has played Oztag since its inception in 1992; his association with the game has since branched into becoming South West Oztag Licensee, alongside wife, Caroline.

Paul started out playing for a local team in the first Liverpool competition and describes his introduction to the game as ‘quite comical’.

“Coming off a double ACL knee reconstruction, I played the first five games in knee calipers… I was like Robo cop,” he laughed.

From that first season, Paul was selected in the Liverpool Men’s Opens side which went on to win the second ever NSW State Cup.

Paul continued to represent Liverpool for an additional five years, before he and Caroline moved to Picton and started a family.

Come 2001, the pair kicked off Picton Oztag, which Paul both played in and went on to represent at State and National level for several years.

As of 2005, Paul and Caroline became the official Licensees of Southwest Oztag and decided to start up competitions in Camden and the Southern Highlands.

“We have over 300 teams at South West Oztag, with Camden seniors probably being our largest competition,” Peel said

Both Paul and Caroline are extremely proud of the growth of their competitions over the years, which are now played across various nights and venues.

“It’s lovely to attend our venues, old and new, and see how our game can branch out and be so consistently enjoyable for everyone,” Peel said.

Paul made extremely clear that South West Oztag would not be where it is without his wife, Caroline and her constant work behind-the-scenes – at both a domestic and representative level.

“I would be nothing without my wife helping me… she is the backbone of the operation,” Peel said.

“Caroline and Prue do a lot of back-end work, when it comes to representative selections, uniforms and tournament paperwork,”

“We both have day jobs, so it can be quite time-consuming, but we love it,” he said

Not only is Paul a valued member of Southwest Oztag, both on and off the field, but he was also an honorable Australian representative for 19 years.

“I was fortunate enough to be selected in Australian sides on 15 occasions, between 1999 up until 2018 where I retired from Australian selection,” Peel said.

He was inducted into the AO Hall of Fame in 2013, and later recognised for his 15 years of service to the Australian Tagaroos.

“The highlight of my playing career was being named the Australian Tour Captain and Flag bearer for the 2018 World Cup, alongside fellow Hall of Famer, Michele Reaney,” Peel said.

However, when asked of his fondest Oztag memories, and why he loves the game, he did not hesitate in his responses.

“My fondest memory would be playing Oztag with my children at a domestic level and coaching them at State Cup,” Peel said.

“I love the game because it accommodates everybody – all ages and skill levels can play the game and contribute,” he said.

AO wish to commend both Paul and Caroline on their continual service to the game and the growing success of Southwest Oztag. 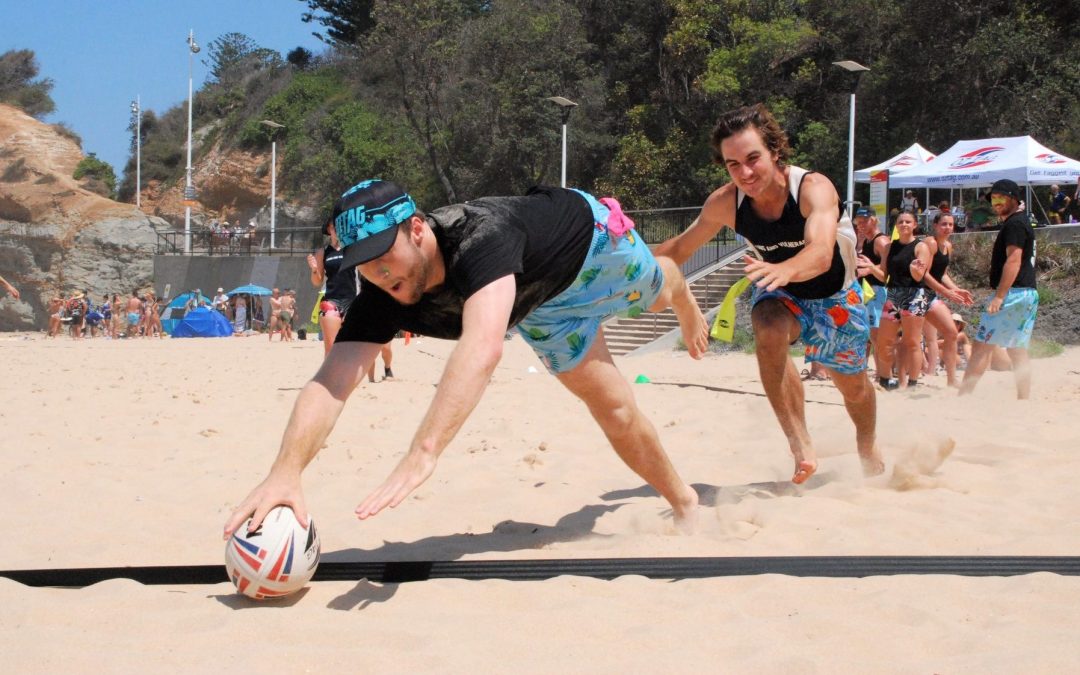 Australian Oztag are set for the return of the ever-popular Beach Tag in 2021, the first tournament kicking off tomorrow, Saturday March 6 at North Wollongong Beach.

The Wollongong Beach Tag tournament will see both Men’s and Mixed divisions play it out on the soft sand from 9:20am.

Once again, it will all come down to what teams can withstand the heavy legs and sore feet in fast-paced, skilful games.

Australian Oztag (AO) look forward to welcoming all teams and spectators tomorrow. Please see below for the Draw, Pools and Map.

Please note, there is another sporting event being held at North Wollongong Beach, meaning parking may be limited – we advise all attending to take this into consideration.

If you and your mates wish to play at the Maroubra Beach Tag tournament, set to be held on Saturday April 24, please email your Nomination form to liam@oztag.com.au at your earliest convenience.

Visit our website for all details, but remember: spots are limited, so get in fast!

AO are thrilled that Budgy Smuggler will return to our annual Beach Tag tournaments for another year as head sponsor.

The team at Budgy Smuggler will have a pop-up store at both the Wollongong and Maroubra Beach Tag venues, with both men’s and women’s swimwear and accessories available for purchase.

Once again, Budgy Smuggler will provide the Beach Tag Champions with customised swimwear – designed entirely by your team. 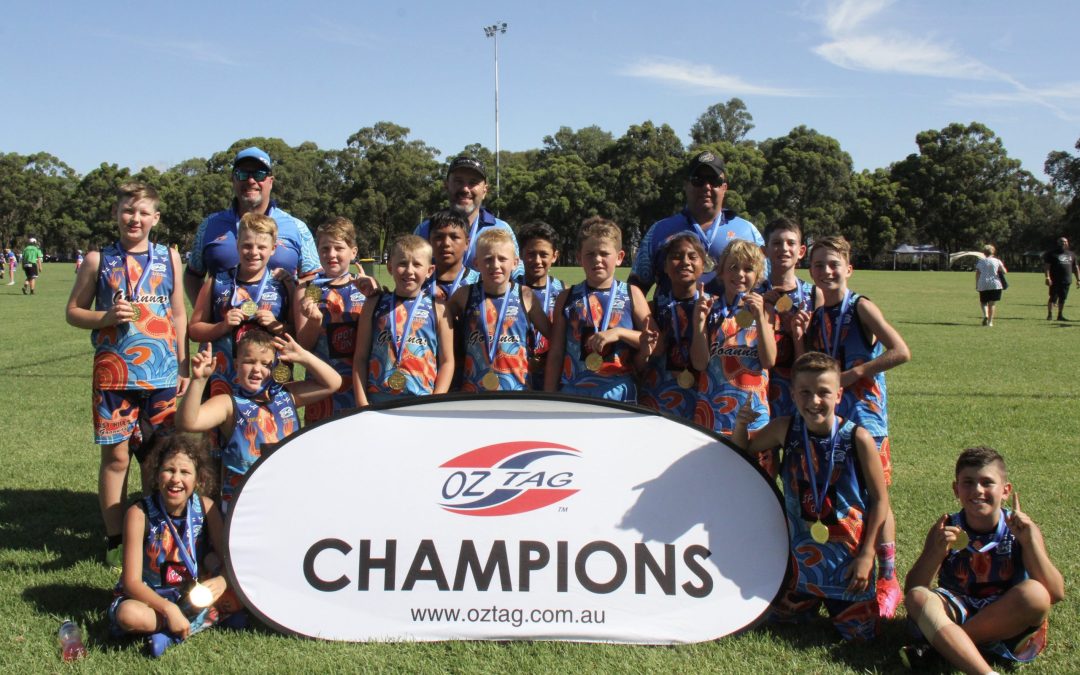 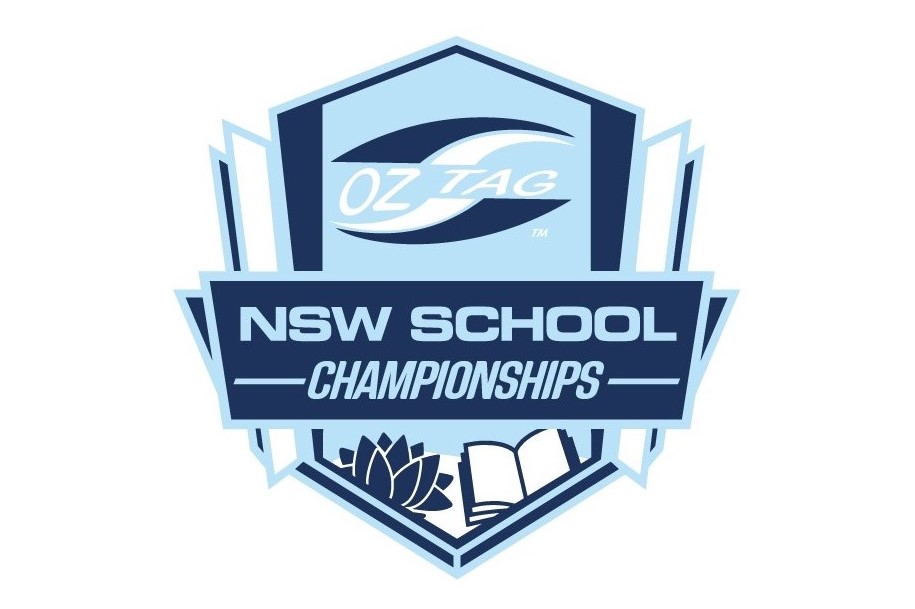 The 2021 NSW Secondary Schools Championships details have been released following the recent Government announcement on the return of Interschool Sport.

Below are the confirmed dates and venues for the regional tournaments, which will act as qualifying events for students in years 7/8, 9/10 and 11/12 across the state.

As stated in the Tournament Information, each regional winner and runner up will gain automatic entry into the NSW Champion of Champions to be held in July, Term 3.

The team at NSW Oztag are excited to announce two new regions this year with Coffs Coast and Southern Highlands adding to our ever-growing NSW Schools Championships which now sits at 13 regions.

Is this something you want your school to enter?

Do you want the chance to go up against the best Oztag schools across the state and have the opportunity to make the 2021 Secondary Schools NSW team?

To enter your school, a teacher must download the Nomination Form and email the completed form to jordan@oztag.com.au. Submission and full team payment must be made two weeks prior to the event.

The Secondary Schools Championships will be strictly run to comply with Government regulations and NSW Oztag’s Covid Safety Plan to ensure the safety of all involved. 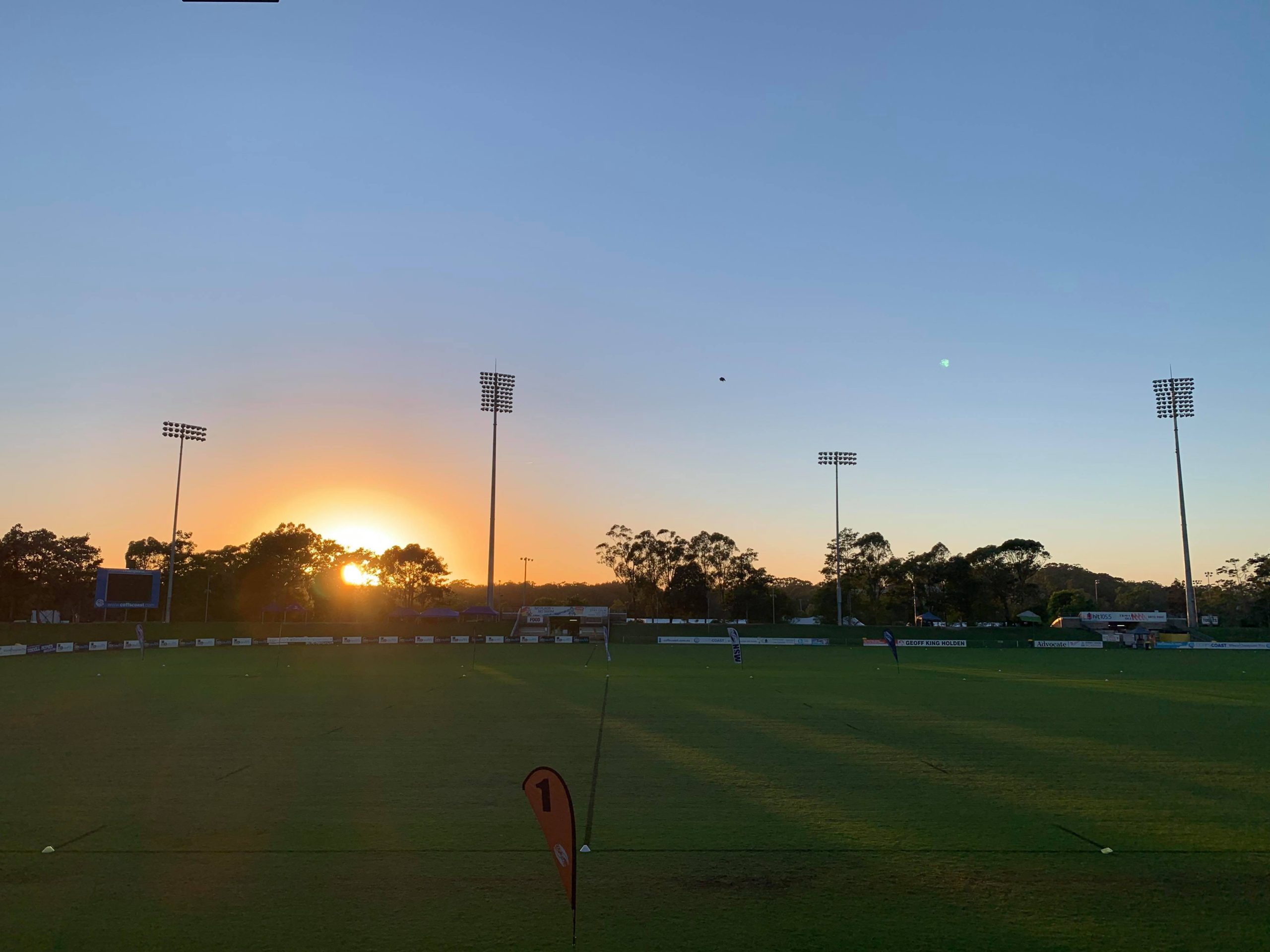 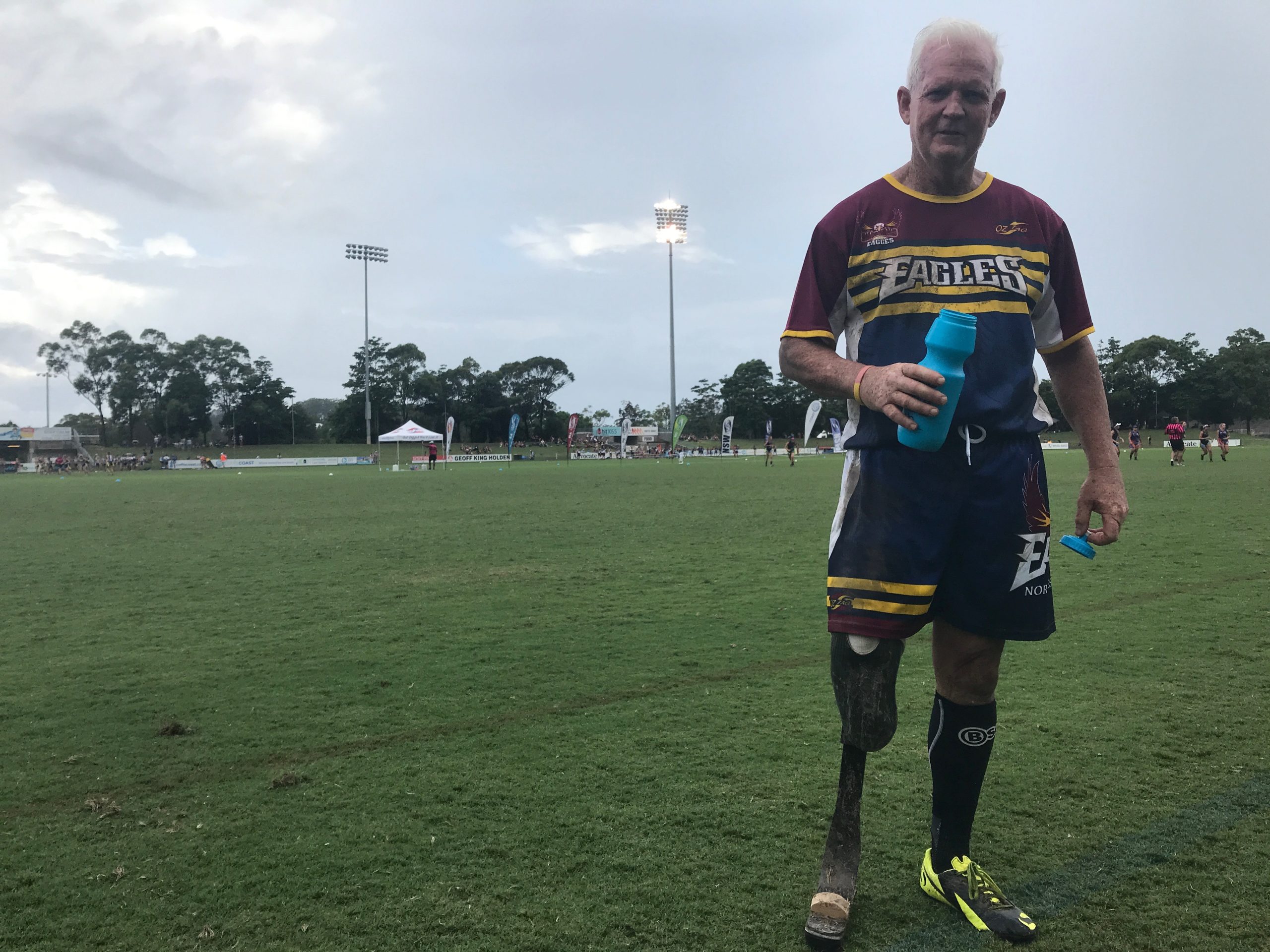 Joe Burns is proof Oztag really is a game for everyone

Oztag prides itself on being a sport for everyone and 64-year old Joe Burns is proof of that.

Burns lost his left leg in a motorcycle accident when he was 17-years old but has never let his disability stop him from competing at almost every opportunity.

This weekend, he’s playing for Norwest in the Mens 55s division at the NSW Senior State Cup at Coffs Harbour.

“If I can play Oztag, anyone can play Oztag. It really is a game for everyone and it’s not like touch where its all about speed. It’s more like rugby league where you need to use skill and different parts of the game and that allows me to compete evenly against a lot of these guys,” Burns told Oztag Australia.

The former South Sydney rugby league player won five medals at four Paralympics including a gold medal at the 1984 New York games but didn’t play his first game of Oztag until three years ago, almost 15 years after he retired from competitive sport following the 2000 Sydney Paralympics.

“At 62, they needed an extra in an Oztag side so I thought I’d make a return. This is my third State Cup and I can still hold my own with most of them.”

Regardless of age, shape, gender or ability, Burns said he thought anyone that tried Oztag would immediately fall in love with the sport.

“No one treats you any differently and the beauty of it is, I’m a competitive guy and it gives me a chance to prove I can beat anyone else on the field every time I play,” he said.

“People look but no one cares, I’m just another player out here on the field and I’m just as competitive as anyone else.”